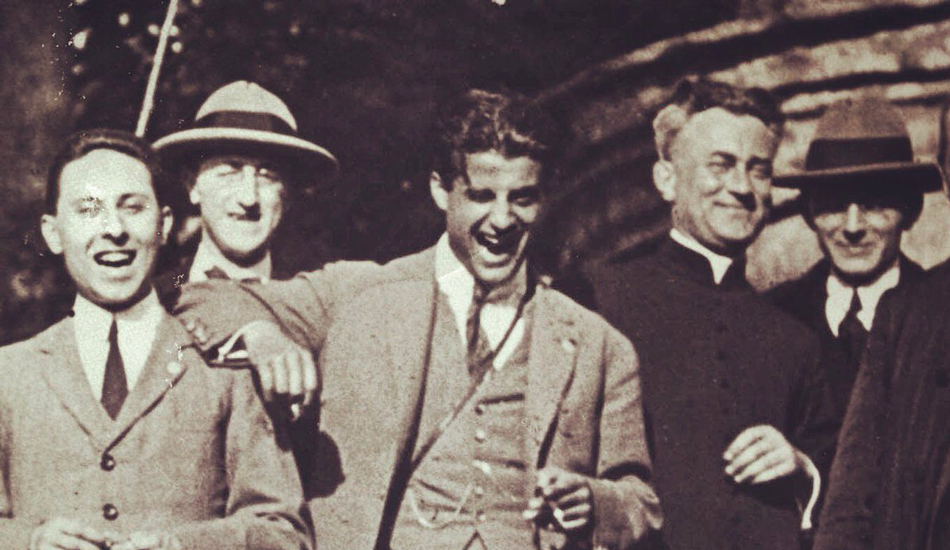 Pier Giorgio was madly in love with Mary, Mother of God and our Mother! To pray the rosary was, to quote his sister and best friend, “his consolation and his weapon.”

He prayed early in the morning and late at night so as not to cause problems with his family. One time, his father went into his room and caught him beside his bed praying the rosary—he later complained to their parish priest: “What have you done to my son!” But the priest only replied, “Perhaps, Senator, you would prefer him to fall asleep with some cheap novel (aka lewd books) on his beside table.” His father quickly responded, “of course not.”

When his family, with the help of others, tried to dissuade him from so much praying…what was his response? He joined the Sodality of Mary, spoke out about it less at home, and clung to his love for Mary and her rosary.

His sister, Luciana, tells us that once they went together to the mountains. Tired from their long day, they laid down on the beds in the youth hostal, and he immediately said to her, “Now let's say the rosary.”

And, after a peaceful march that was begun in Rome by Catholic college students turned into a fight between police and students, Pier Giorgio calmly stood his ground and said “let’s pray the rosary, for us and for those who have hit us.”

Many of those who knew Pier Giorgio as the young man who was constantly helping the needy, remember him rushing through the streets, with his rosary in hand, on his his charitable errands.

It isn’t easy to be a Christian, especially in this world. But Pier Giorgio also had it hard. He was a young student, well gifted, popular, very busy, and his family didn’t approve of all he did with the faith and Church. Despite all this, which for us could be an excuse to NOT pray…not just despite all this, but BECAUSE of all this, Pier Giorgio felt the need to turn to his Heavenly Mother for consolation and strength in his many daily battles.

Every time that Our Lady has spoken of the rosary, in apparitions like Fatima or in apparitions to saints, she says the same thing! Sometimes we just do't get it. She repeats over and over, 'everything you ask me through the Rosary will be given to you.'

“Keep [the rosary] in memory of me, and if every time you say the rosary you say an extra Hail Mary for me, I’ll be very grateful.” –Pier Giorgio to a friend