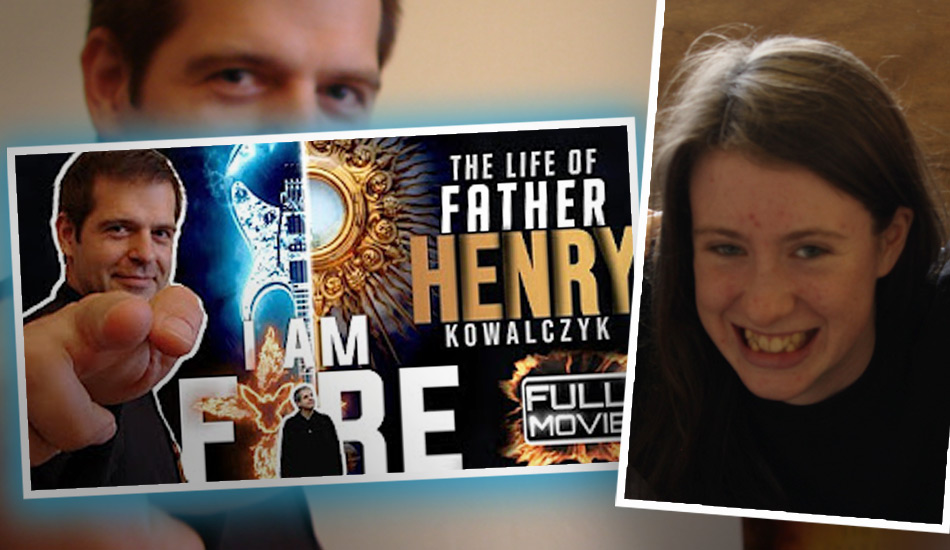 My reaction to I AM FIRE – Documentary of the life of Fr. Henry Kowalczyk

I didn’t have the privilege of knowing Fr. Henry personally, but I had seen him around when I was in Spain. His sudden death two years ago was of course a shock, but I know from experience that he is still working in heaven. It took me a while to get to watch the documentary, but when I did—lads! I was floored. Those of you who haven’t seen it, don’t let today go by without watching it!

One thing that struck me like no other was Fr. Henry’s face during the Consecration, or any time in the footage when He was before the Eucharist. Some of the people who were being interviewed were saying that His face changed in these moments. That’s all well and good, but when you actually see video, when you see it for yourself, there is so much in that look that can’t be put into words. You can definitely tell by his face that He was madly in love with Jesus in the Eucharist. It’s unlike a look I’ve ever seen before— it’s so full of intense love, humility, simplicity (the list goes on). There’s something otherworldly in His face, it’s like you can glimpse heaven through it. I don’t know how to explain it, but it really was amazing. It impacted me a lot.

In this day and age, seeing a priest so full of love is an encouraging sight. So much so that it set me on fire again, reminding me that there is so much beauty that I’m missing when I look away from the things of God. It’s worth spending oneself in God’s service, and Fr. Henry did that to the last. Seeing Fr. Henry’s life makes me desire holiness and everything else that expressed itself in his face during His moments in front of the Eucharist. I really want what he had: FIRE.

I think it’s worth mentioning, as a last word: it is a remarkable thing, but I have noticed in the case of Sr. Clare, as well as in the case of Fr. Henry that they were ready for death. Their last few days on earth were an acceleration towards their final goal, the last months completely given over as self-gift to and for others: it seems to me they had reached the holiness they were being asked, they had reached a point where they were giving God everything, and ended by giving Him their lives. There really is no time to waste – NOW is the time to give yourself to Jesus, through Mary, and to decide to live (and die) fully for them. Like Fr. Henry said, “This is a good moment to think of how little time we have to do the will of God. We shouldn’t waste it.”

Fr Henry, give us your love for Our Blessed Mother and your faith in the Eucharist.