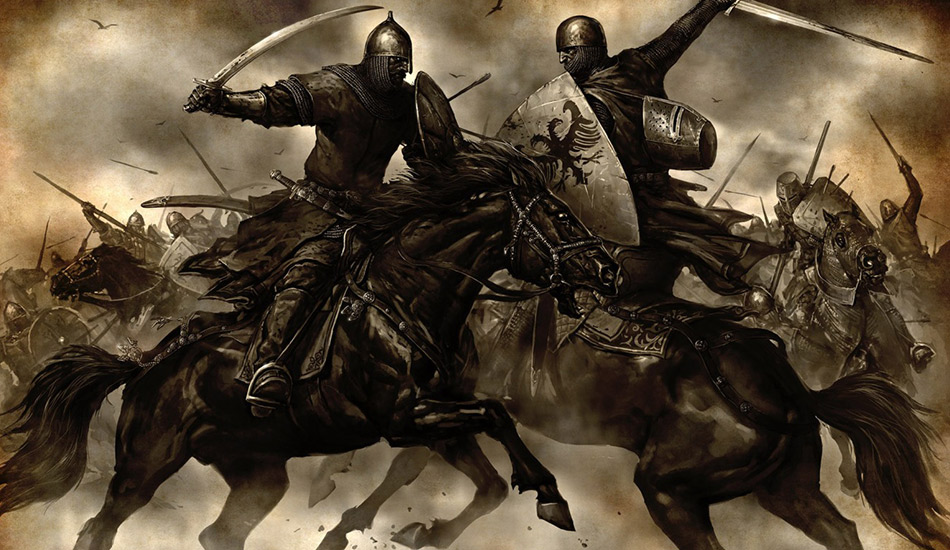 We are living in truly convulsive times that we have never experienced before in history and are more unprotected from them than ever. We are not prepared to face them. We’ve been letting ourselves be weakened for decades, and the foundations on which our Christian civilizations had built our culture and our strong spiritual life have been undermined, and we've barely begun to see the outcome of what we’ve sown. The great scientific, biological and technological advancements are bringing us on the ropes, and it doesn’t look like we’re offering any resistance to a constant beating that’s throwing us to the ground in the boxing ring.

We’ve put what is truly important to the side and we’ve plunged into materialism and immanence, without orienting our life toward what really makes sense: transcendence, heaven and eternal life. We live in a culture of death that is passing increasingly atrocious laws. Nonetheless, we bow down to an absolute tyranny and have neither a spirit of criticism nor do we evaluate reality. We’ve thrown in the towel, or have been inoculated with a serum that’s weakened our ability to think and to reason. It’s weakened our will to a deplorable extreme. We don’t make an effort to search for trustworthy sources to evaluate concrete situations around us. We’ve lost love and the passion for truth, life and humanity—the beautiful things God has placed in our hands.

I don’t intend to analyze the facts but to give some hope, raising our eyes where they should be looking constantly, because God is still the Lord of history and nothing and no one escapes Him. God does great works with very small instruments. It’s been his trademark throughout history. He wants and likes to rely on those little instruments. Can you be one of them? It might be increasingly difficult to hear God’s voice in the middle of all this chaos, but He continues to speak and communicate with souls who don’t abandon Him and keep asking Him for help. He looks for even just a small crack to enter and do great works; it’s just a matter of trusting and opening yourself up to Him.

Over the past few years, it has been a source of trust and encouragement for me to know that the Church is made up of more than just the Church Militant. It is true that it is the most visible part of the Church, because we’re still here on earth, and it seems to be in the middle of a storm, threatened by the swell of the tossing sea that is trying to sink it. There is also a Church Suffering and a Church Triumphant, both very alive and alert, and we all form one Church whose head is Jesus Christ. This is why it’s impossible to destroy the Church. We’ve already won; we just have to keep fighting to the end and continue in the right direction in order to increase the ranks of our dear Church. We often forget to turn to them—they truly are our allies, protectors and helpers—in this day-to-day journey. We’ve seen their action in the lives of many saints, but we can see it in our daily life, too. We often are unable to change situations or events, take away suffering, but we can turn to the souls in purgatory and the saints so that they intercede, act and help. I bear witness that they do. You have to do your best and entrust what you can’t do to the supernatural world.

We are very unprotected because access to the sacraments is becoming more and more difficult. We are also being deprived of sacramentals and amid all this, the devil is gaining strength and acting at his leisure through his accomplices. It really is a spiritual battle, a battle for souls, but we can’t lose sight of the fact that the battle has already been won. Jesus paid the price by his Blood on the cross. All we have to do is go to that source of life that allows us to live and take the final step, which is the truly important one. I like to think that the saints go before us and the souls in purgatory watch behind us: sometimes we don’t see them clearly, but they’re there, in the same battle, the same army, ready to intervene when we need them. It could seem make-believe, but it isn’t. It’s more real than all this blackness that’s nearly darkened our hopes, hearts, minds and spirits.

We can’t let ourselves die. We must regain our hope. God loves us madly, He is waiting for us, He is a living God who continues to communicate with souls in every circumstance. Physical death isn’t a problem. The loss of eternal life would be the biggest catastrophe for us. This is why the devil, who is aware of this, tries to snatch our hope away and drag us to a disastrous end. God waits for us up until the last minute. May we not abandon Him. The glory of God is man fully alive. We have all the necessary weapons to participate in the final victory of a battle that has already been won.