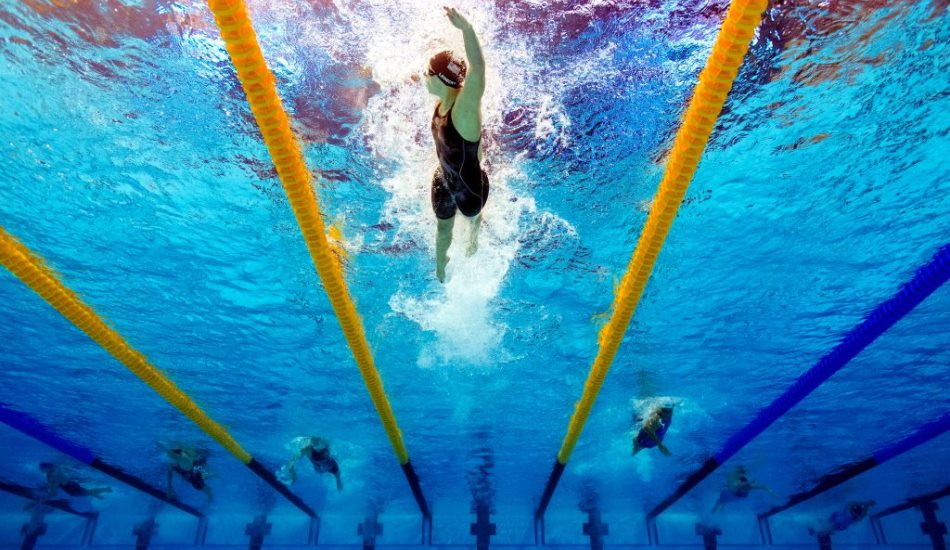 Behind any great athlete, you’ll find a story of intense training and goal-setting.  American swimmer Katie Ledecky (also a practicing Catholic, by the way) won her first gold medal at the age of 15 in the 2012 Summer Olympics. Later, she won four more gold medals and broke several world records in the 2016 Summer Olympics.  Was it simply pure luck?  Does she have just plain natural talent?  No doubt she has a natural gift, but behind all those victories is also a serious amount of training and discipline.  She herself said, “I’ve just always set goals.  When I was a kid, I would write them down, and I would work toward them. That’s still pretty much what I do.”  Talk about motivation.  She’s been doing that since she started swimming competitively at the age of 6.

Now let’s apply this little lesson to the spiritual life.  Is it only possible to achieve holiness, overcome vice and sin, and advance in virtue if you’re lucky?  Is it only possible if you’re “naturally good”?  I think not… Behind every saint is a life of intense prayer and some serious training.  So, wanna be holy?  Get training!