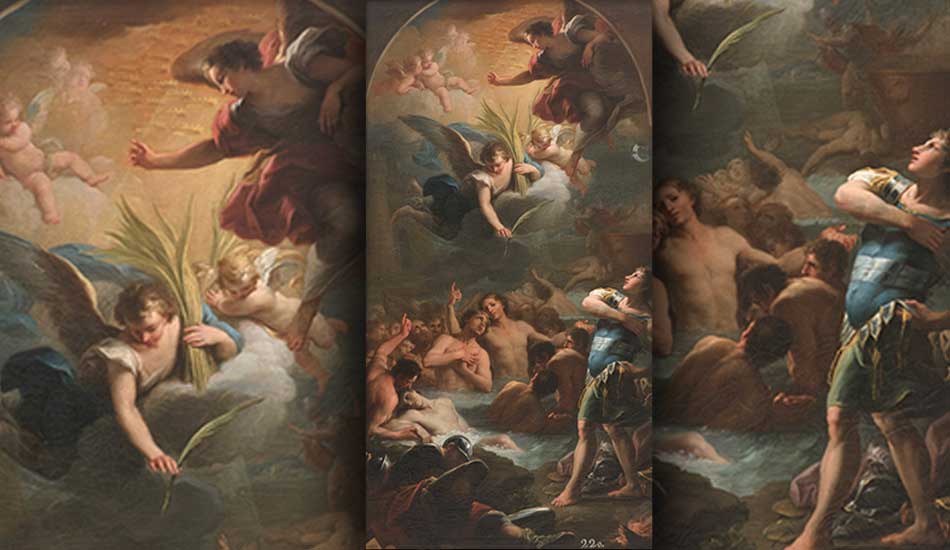 Unity and Fidelity – 40 Martyrs of Sebaste

Perseverance in the faith is a war, and the fight for the Kingdom of Heaven is an infinite battle. As soon as you lower your arms, take your eyes of the battlefield or drift away from your side, you’re done for.

In order to win, the enemy uses different weapons: division, pride, etc. He makes you think you’re Superman or Superwoman, that you don’t need anybody, but… Wake up! Don’t you get it? YOU CAN’T DO IT ON YOUR OWN!

The Lord already told us: “Though a man might prevail against one who is alone, two will withstand him. A threefold cord is not quickly broken” (Ecclesiastes 4:12). It’s harder to advance alone on this path to salvation than walking together at the same pace, pulling the ones who slow down, leaning on the one next to you when you grow weary, or asking for help when you fall.

Every community, every group—if God is its center—is a gift He gives us to reach Heaven faster. It’s a living witness of his Love on earth.

The 40 Martyrs of Sebaste are an example.

Around the year A.D. 320, in the Armenian city of Sebaste, the emperor issued a decree saying that whoever did not deny his religion and adore the city’s idols would be condemned to death.

Forty young men in the city objected to the decree and proclaimed their faith before the emperor, making it clear that they were not going to turn their back on the only true God.

All forty decided to give their lives for Christ. The word “No” would have been enough to avoid that torture. Yet, they left their lives in their Creator’s hands and, trusting in the power of His grace, prayed together saying, “Lord, forty of us have entered the battle. Forty crowns we ask of You.”

However, the suffering was unbearable for one of them, who did not persevere and ended up dragging himself to the hot baths. But one of the guards, seeing the perseverance and fidelity of the rest, felt moved to take his place and received the fortieth crown.

You see, unity is strength, and more so if that strength’s driving force is God. Be thankful for all those people around you who look out for the salvation of your soul. Do the same for them. Pray that you all may be faithful in trial and willing to shed your blood for the One who gave you life.