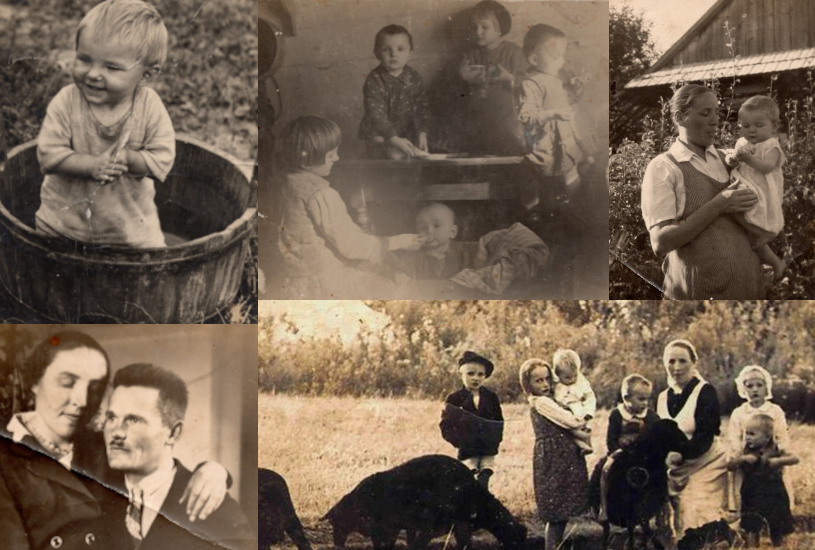 Ulma family: This is love!

“You shall love the Lord your God with all your heart, with all your soul, with all your strength, and with all your mind and your neighbor as yourself” (Lk 10:27). “But a Samaritan who was traveling along the road, coming upon him and seeing him, felt pity. He stopped at his side and bandaged his wounds, pouring on oil and wine. Then, he mounted him on his donkey, brought him to an inn, and took care of him” (Lk 10:33-34), these are two of the passages underlined in red ink in the Bible that belonged to Józef and Viktoria Ulma. Another passage marked in red is one that speaks of love of enemies. With their life and death, they showed that this was not the result of mere exterior devotion, a passing feeling of the moment, a fleeting enthusiasm; rather, it was a fundamental truth for the two of them.

Both Józef and Viktoria, along with their seven children and eight Jews whom they had hidden on their estate, were executed by the Nazis on March 24, 1944. Their mutual love, strengthened by their faith in Christ, was an eternal font of generosity. In nine years of marriage, they had seven children, which is already a testimony of their generosity and openness to life, but their love of neighbor led them to the highest exercise of this virtue. They paid for their act of charity with their lives and the lives of those they most loved. They paid the highest price, but certainly also received the highest award, because the more one gives, the more he receives.

Józef Ulma was born in 1900 in Markowa, a village in southeastern Poland, in the Diocese of Przemysl. During rehearsals at the Amateur Theatre Company, Józef met Viktoria, who was twelve years younger than him and also from Markowa. They fell deeply in love with each other. They were married in July of 1935 in the Markowa parish church dedicated to Saint Dorothy. Both were practicing Catholics and had a reputation in the town for being fair and honest people. There is evidence that Józef would not go to sleep without saying his prayers every night on his knees beside the bed.

Viktoria worked at home, caring for and teaching their children. Their love was strengthened and the fruits were soon seen: Stasia, Basia, Władzio, Franuś, Antoś, Marysia, and when she was killed, Viktoria was expecting their seventh child.

The peaceful development of their family life was interrupted tragically with the onset of World War II in 1939. On September 1 of that year, Poland was invaded by the Nazis. Horrific massacres of Poles and Jews soon unleashed, along with destruction of synagogues and places of worship. Panic ensued. The Jews were gathered in ghettos and subsequently transported to death camps. The Nazis continued to scavenge in cities and towns to make sure no one of the Jewish race was left. In 1941, the situation was further aggravated. To discourage the Poles from helping the Jews, Hans Frank—Governor General of the occupied Polish territories—issued a regulation by which every citizen accused of suspected of helping the Jews would be executed. The Ulma family had already helped Jews in Markowa, a town with a large Jewish population. It was probably during this time when the Ulma family was approached by two Jewish families, requesting a hiding place. The two Jewish families are the Goldmans from Markowa— Golda and Lyka with their young daughter—and the Szalls from Lancut, a livestock trader with his four adult children.

Józef and Wiktoria talked about it and both agreed that they should hide them. They were obviously aware of the danger to which they were exposing themselves, but they also knew that if they did not help these two families, the same fate awaits them. And that is where the diamond of their charity shines through, having been previously polished and worked in everyday life, through their efforts to grow a little more each day, at the cost of sacrifice and selflessness. Supported and sustained by the grace of God, faithful to their inspiration, they were led to heroism in their decision and it is He who turns their love into a real gem. It would be very superficial of us to imagine their decision as something easy. They most probably only reached it after a great deal of suffering, especially when they thought about their children: the oldest just starting elementary school and the youngest still in his mother’s womb. They deeply loved their family and each other, but they loved and valued God and His precepts even more. And led by this “love your neighbor as yourself,” in imitation of Christ, they decided to welcome these Jews in need into their home.

The hideout was discovered. Before dawn on the March 24, several police officers arrived at the farm of Józef Ulma, located on the outskirts of town. Shortly afterwards, gunshots were heard: the first victims were the Jews. They kill them all without exception. Józef and Viktoria were taken out of their house and shot in front of it. Terrifying screams were heard in the middle of the night, tears and anguished voices of the children who called to their parents who were already dead, laying on the ground. After killing the adults, the officials stopped to discuss what to do with the children. In the end, Commander Eilert Dieken, who was in charge of the troop, decided to have them killed as well. Joseph Kokott, addressing the drivers of the cars, said the following words which remained deeply etched in their memory: “Look how Polish swine die for hiding Jews.” and he then killed three of the children himself.

It is worth mentioning that after the execution of the Ulma, Goldman, and Szall families, despite the fact that some people, appalled by the events, handed over the Jews they were hiding, many had the courage and love to keep hiding them and thus saved at least 20 lives.

At the end of the parable of the Good Samaritan the Lord asks the teacher of the law: “Which of the three do you think was neighbor to the one that fell among the robbers?” The other replied, “The one who had pity on him.” And Jesus said, “Go and do likewise.” Perhaps this is precisely another part of the spiritual heritage of the Ulma family, these words that they speak to us today through the example of their life and death: “Go and do likewise.” Perhaps we will not be asked to give our lives for others in a bloody manner as they were, but there are so many times that we can show true compassion towards those around us, being neighbors to those near and far away, in our daily lives, with our commitment, our selflessness, our effort to make others happy, our fidelity to the Gospel, by giving the Lord what we know full well He is asking of us.