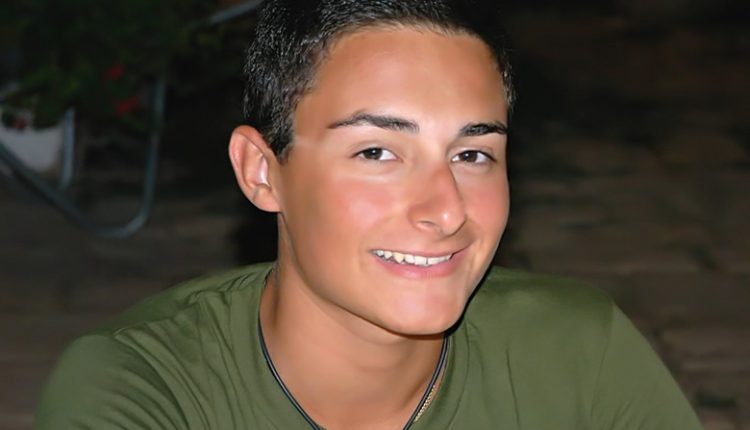 “May the light—the light of the Lord, of his infinite love—that illuminates and saves those who live in darkness, not be extinguished.” If this light were to go out we would freeze to death; we would be surrounded by darkness. However, if the fire were to spread all around us, we would burn in Love, who is God, this Light which captivates your life.

What must be done for the light to grow, so that all may know God? This was the same question asked by the young man I am going to introduce to you today: Matteo Farina.

Matteo was an Italian boy born in 1990 in Brindisi, Italy. He received his faith and formation in his parish and family. He went to confession every week, prayed the rosary and meditated on the word of God daily, and received the Eucharist assiduously.

When he was nine years old, he had a dream in which he heard Padre Pio telling him: "If you have arrived at the understanding that those who are without sin are happy, you must make others understand this, so that we can all enter together, happily, into the kingdom of Heaven."

This revelation marked his life and enkindled in him a fervent desire to evangelize, especially the youth, the people of his age, living his life as an "infiltrator" of God so that he could speak to them about Him, "entering among them silently like a virus and infecting them with an incurable disease: Love!".

The month before his thirteenth birthday, he began to have severe headaches and strange problems with his vision and, after numerous tests, he was diagnosed with a grade 3 brain tumor. During the tests and medical procedures he began to keep a diary where he called the disease "one of those adventures that change your life and the lives of others; it helps you become stronger and grow, especially in faith."

From this moment until he passed away at the age of 19, he spent his life in and out of hospitals, where chemotherapy, surgical interventions and medical examinations were never lacking. In the midst of all this there was one thing he never lacked: joy and his eagerness to offer everything he had to others, even suffering.

During this time his spiritual life grew exponentially; his love for Our Lady kept him, like Her, faithful at the foot of the cross, without complaints, without whining, simply there, next to Jesus. He did not waste a single minute in complaining or acting like a victim; he understood the true value of life, and decided to give it back to the One who had given it to him, drawing along with him many souls.
The light captivated his life and set those around him on fire in a simple and ordinary way. Let us be like Matteo; let us ask the Lord that we may burn with the desire to take Him to every corner without fear, as Matteo himself asked: “My God, I have two hands; make one of them always close to you, then in the face of any trial I will not move away from you, but rather be always more entwined; and the other hand, I beg you, if it is your will, let it fall into the world... because as I have known you through others, so also those who do not believe may know you through me. I want to be a mirror, the clearest possible, and if it is your will, reflect your light in the heart of every man. Thank you for life. Thank you for faith. Thank you for love. I am yours.”