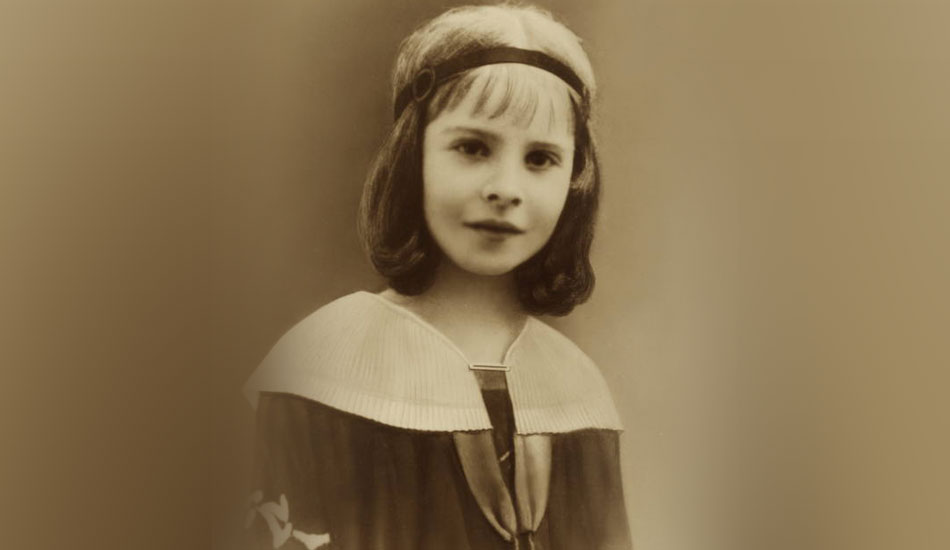 Anne de Guigne: "I will console you with my life"

Every time I contemplate the Passion of the Lord, a difficult and impacting image comes to my mind: that of Our Lady at the foot of the Cross; an image of a mother broken by the loss of her Son, unjustly condemned. Faced with her suffering, I feel that an embrace will not soothe her, I do not even attempt to console her: I feel that by my sins I only press her Son’s crown of thorns deeper into His head.

To console her I have to begin by changing my life, to make a 180 degree turn, to go from causing suffering to endure suffering, to offer myself. In this way and only in this way will Mary's heart, in that moment of pain, be a little less weighed down.

This is what Anne de Guigné did. She was a French girl born in 1911 at the beginning of the First World War, the eldest of four children. She had a very strong character: she was proud, jealous and disobedient.

When she was four years old, a priest informed her mother that her husband had been killed in battle. In that hard moment, her mother broke down and in tears said to her eldest daughter: "Anne, if you want to console me, you have to be good." The little girl understood perfectly what her mother meant by being good and from that moment she changed radically: she began to fight against her own temper and her passions. Through her prayer, many sacrifices and acts of self-forgetfulness, the Lord began shaping a beautiful sculpture, all for Him.

Although she was very young, she had a deep desire to receive the Eucharist. In order to grant her permission to receive her First Communion before the established age, the bishop submitted her to an examination—which she passed easily— and he could see the great desire and joy with which this little girl lived her faith. For Anne de Guigné, the moment of her First Communion was the key moment that lit up her entire path of conversion.

In December 1921, she suffered a brain disease, probably meningitis, which forced her to stay in bed. She kept repeating: "My God, I want all that You want," and added to the prayers for her cure: "...and cure the other sick people too." Anne, aware of the treasure that the Lord had given her, dedicated herself to offer her suffering for the rest of the world, especially for all the sick.

She died on January 14, 1922, at the age of eleven, with her hands full of good works and with the peace of mind of having consoled her mother with her life.