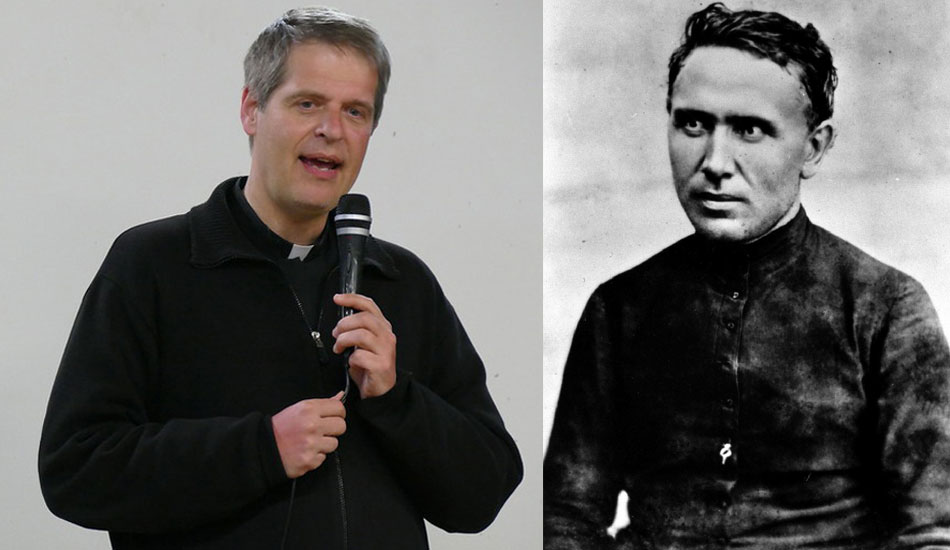 St. Damien and Fr. Henry: Heroes in times of epidemic

I recently read the book The Apostle of the Lepers: the Life of Saint Damien of Molokai, by Wilhelm Hünermann, and Father Henry came to my mind when I saw the date of Fr. Damien's death. It was April 15, 2020, exactly 131 years before Fr. Henry passed away.

Anyone who has read the book will say that I don’t know what I’m talking about, but there is very much in common between the two.

Father Damien's dream was to be a missionary, but it seemed that that wasn’t God's will for him. Although it was hard for him to accept, he abandoned himself into God’s hands. He was already ordained a priest in the Congregation of the Sacred Hearts of Jesus and Mary when a group of brothers left for the missions and one of them fell ill. Fr. Damien was asked to go in his place.

Sometime later, his superior saw the need for a priest in a leper colony on Molokai, Hawaii. Aware that such a task could lead to death, he gives the brothers the choice to go, asking them to pray and see before God if they were to risk their lives for those lepers.

Father Damien, among others, offered himself to go if it was God’s will, and he was chosen for the task.

Once he arrived at the leper colony, he set out to work for the glory of God and the salvation of those souls entrusted to him. He generously served there until his death, 16 years later, infected with leprosy.

Now, perhaps you're still wondering what he has to do with Father Henry.

A lot more than meets the eye.

This year, 2020, it wasn't leprosy, but a virus called "Covid-19" or "Coronavirus" that affected us. Fear took hold of people and everyone was forced to stay at home. Most of the world's population was deprived of the sacraments. Entire monasteries, souls consecrated to God, deprived of that food so necessary for our lives.

In this painful situation, to say the least, where the very representatives of Christ on earth abandoned the flock entrusted to them, the true souls given to God came to the light, the true representatives of Christ on earth, souls who live for the glory of God and the salvation of souls and who offer themselves as an oblation and victim to their Lord.

Fr. Henry Kowalczyk, SHM, was one of them who, knowing that a Carmelite monastery in Amposta (Tarragona, Spain) was left without a priest and without spiritual care, did not hesitate to ask his superiors for permission to go and attend to them.

After several weeks serving the community, he had an epileptic attack and died there from a blow to the head.

He did not die of contagion like Fr. Damien, but the blood he shed from the blow to the head seems to me a clear sign of how his life was, totally given until the shedding of blood.

These are the heroes of Charity! Souls given unconditionally to the service of God until the end, being that the reason why the Lord called them and the reason they responded. Souls who are capable of dying with Christ crucified because that is what love for Christ and for souls implies. The heroes of Charity, with a capital “C,” who seek only to please God and live for His glory, do not seek health, do not seek recognition, do not seek ANYTHING in this world. Souls in whose flesh the seal of Christ has been engraved.

I hope that these examples of heroic charity bear fruit in us and impel us to give ourselves, even if not with extraordinary things but in the day-to-day, for souls, to the shedding of blood if necessary, to total abandonment in Christ, until we can say: "It is no longer I, but Christ who lives in me". 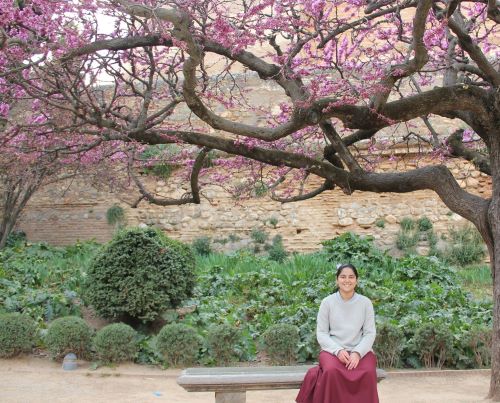 My name is Maria Aguado. I am from Valencia, Spain, and I am a member of the Home of the Mother. I grew up in a Catholic family: we prayed the Rosary as a family and went to daily Mass and weekly reunions with the Home of the Mother.
I always lived "my parents' faith," and did everything because I had it clear that that was how it had to be in my house. There came a moment when I rebelled against God because I did not want to do what He was asking me: consecrate myself to Him as a Servant Sister of the Home of the Mother (the consecrated feminine branch of the institution). This rebellion led me to a faith crisis. Realizing what I was falling into, I asked the Lord to please give me the strength to love Him again and to recover the faith I had culpably lost.
I'm not thankful for what happened, because it was a hard time in which I know the Lord suffered a lot. But, I think that it caused me to take the step to leave behind the "the faith of my parents" and decide to live totally for the Lord.
It's a process, but even though I have a lot of failures, I am happy to do his will and have the opportunity to encourage other young people to live their faith in total surrender.