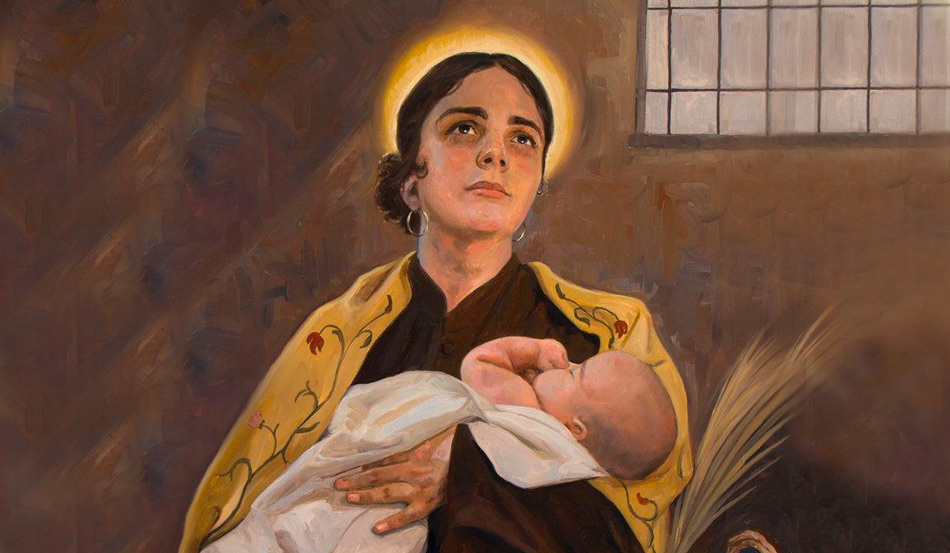 Holiness is for everyone: Emilia "the Basket Weaver"

All people—no matter what their race, education or condition—are called to holiness. We were born to be saints, to give full meaning to our life and rejoice in Heaven with an everlasting happiness in the midst of difficulties and suffering. Only God can give this happiness.

Today we’re going to talk about a very special person, the first gypsy woman to be beatified. Her name is Emilia Fernández, better known as Emilia the Basket-Weaver.

Emilia was born in a town in Almeria, Spain, in 1914, and was baptized at the parish the day she was born. She lived in a cave house in the upper part of the town. From a young age, she spent her time weaving wicker baskets which she later sold in the other towns. This is how she received the nickname basket-weaver.

In 1938 she married Juan Cortés, who was drafted by the republican side during the Spanish Civil War. Emilia and her family lived on the margins of conflicts or factions. So, expecting that things would continue in this manner, Emilia helped her husband avoid going to the front, feigning blindness. This trick was later discovered and caused them severe counterblows.

When their ploy was discovered, both Emilia and her husband were sent to prison. Emilia was sentenced to six years in prison even though she was pregnant. This was the moment for her to begin her journey and where suffering would make sense, because Emilia was secretly taught by a fellow prisoner who cared for her and led her to encounter the Lord. She began to foment a prayer life, and prayed the Rosary each day as well as other prayers she learned. She also discovered the importance and the need to speak to God daily and that this is a way to give Him some of our time.

Those evil moments and sufferings helped her draw close to God in a simple yet profound way.

When the militiamen discovered that Emilia was being instructed in Christian doctrine, they tried to oblige her to reveal the name of the person who taught her. They promised Emilia all kinds of things if she did, but she denied. She was thrown into a cell alone where her condition grew worse, especially her food supply. Moreover, it was winter and the weather was very humid.

These circumstances caused a premature birth. On January 12, 1939, in dreadful conditions, Emilia gave birth in the cell assisted by the women there. The baby was born healthy, but Emilia was very sick. Physically, she was at death’s door. The next day, Emilia and her baby were taken to the hospital and returned to prison four days later.

Although they asked for mercy for her due to her health and poor living conditions, and the state of "grace", that is, her release from prison, there was no response from the civil Governor.

On January 25, she was brought back to the hospital, but it was too late. She died of a puerperal infection and symptoms of bronchopneumonia shortly after arriving, and was buried in a common grave in Almeria’s cemetery.

The Church has proclaimed her a martyr even though she was not killed directly; she was punished and was left to die because of her Faith. Emilia the Basket-Weaver’s example shows the importance of living in the state of grace. The Lord wants you to go to Heaven. You just have to prepare yourself and open your heart to Him.