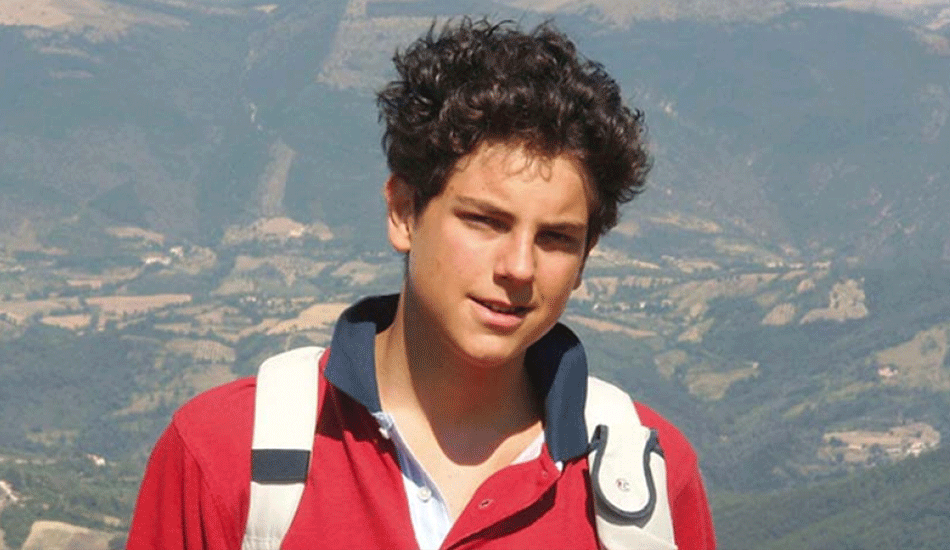 Bl. Carlo Acutis: Is it possible to become a saint nowadays?

We often hear about the saints from the medieval times, as if being a saint were something of the past or an unreachable goal nowadays. Is this true? Well of course not! In fact, in the 20th century alone there have been more martyrs than the rest of the Church’s history. And not just martyrs; there are so many saints—young people like you—who gave all they had to the Lord. Their example of complete dedication and generosity are a light that reminds us that apart from Jesus we find darkness and death. They teach us that we don’t have to fear the demands of Christ’s love but rather faintheartedness, mediocrity, selfishness, sin—everything that makes us deaf to hear Christ’s voice that loves us and calls us to great things.

One of these young men is Blessed Carlo Acutis. Ever since he was young, he was captivated by the Lord’s gaze. He discovered the meaning of his life in this gaze, and while his earthly live was brief, it reached its fullness thanks to his generous conformity with God’s grace. As a matter of fact, he always lived “with Jesus, for Jesus and in Jesus.” And while it could seem incomprehensible to many people, when he was fifteen he fulfilled his life plan: “To always be close to Jesus.” What was Carlo Acutis’ secret? Where did he turn to find this divine gaze and have this personal encounter with the Living God? His secret was the Eucharist, which he called his highway to Heaven.

Carlo Acutis was born in England in 1991 into a traditional Catholic, Italian family that didn’t have a strong faith. From a very young age, he expressed a great desire to receive the Eucharist. After an intense catechetical instruction, his catechism teacher managed to have him examined by Archbishop Pasquale Macchi who confirmed that Carlo was sufficiently instructed and mature to receive his First Holy Communion at seven years old.

From then on, Carlo took the “highway to Heaven” and never let it go. He received Communion daily and spent a lot of time in adoration. Once, when he was asked how he could pray before the Blessed Sacrament for so long, he answered, “I don’t speak with words. I just lie against his chest like St. John at the Last Supper.” He also prayed the Rosary every day and went to Confession weekly. He never abandoned his “kit to become a saint.” Thanks to Carlo’s faith, his family felt obliged to study the Faith to join Carlo. This led to his parents’ conversion.

Carlo lived daily Mass intensely because he knew and firmly believed what the Catholic Church teaches: when the priest pronounces the consecratory words, the bread and wine really become the Body and Blood of Jesus. That is, Christ is mysteriously, while truly, present in the Eucharist. But the Eucharist is a gift, and Carlo was aware of the privilege we have nowadays compared to the early Christians. Today, we can find Jesus in the tabernacle in any church, but they normally had to travel long distances to hear his Word and be with Him.

In 2002, Carlo went to a congress with his parents where his mom participated in the presentation of the Little Catechism on the Eucharist. This is when he had a great idea: make an exhibition about Eucharistic miracles so that people realized that Jesus is present with his Body, Blood, Soul and Divinity. Carlo had a huge gift for computing, which he used to develop this project to serve the Lord. He gathered audiovisual content, reports and writings about Eucharistic miracles in Europe and made a website that you can still visit today: http://www.miracolieucaristici.org/en/Liste/list.html

When he was fifteen and during a period where his classmates had the flu, Carlo began to have intense headaches. His mom didn’t give it much importance, thinking that they were flu symptoms. But the pain grew more intense, and she brought him to the nearest hospital. Once they were there, they discovered that Carlo had acute promyelocytic (or M3) leukemia, the most aggressive leukemia that exists. There were no probabilities of survival. Walking into of the hospital, Carlo told his mom, “I’m not going to leave this place.” Later, he mentioned to his parents, “I offer all my sufferings to the Lord for the Pope and for the Church, to avoid Purgatory and go directly to Heaven.” His mission was accomplished. He died three days later. On his deathbed he expressed peace and interior joy: “I am glad to die because I lived my life without wasting a minute in things that don’t please God.”

Blessed Carlo Acutis' life was so rich because it was daily nourished by the Eucharist. He found light, peace, joy and strength in this personal and intimate encounter with the Lord to walk determinately toward his goal: Heaven. Carlo used to say, “We are born as originals but many die as photocopies.” The mere personal relationship with Our Lord can help us be truly authentic, to remove the masks we wear in front of others and be what we really are.

Let’s be like Carlo and get the kit to become a saint. And let’s never swerve off the highway that will take us directly to Heaven.