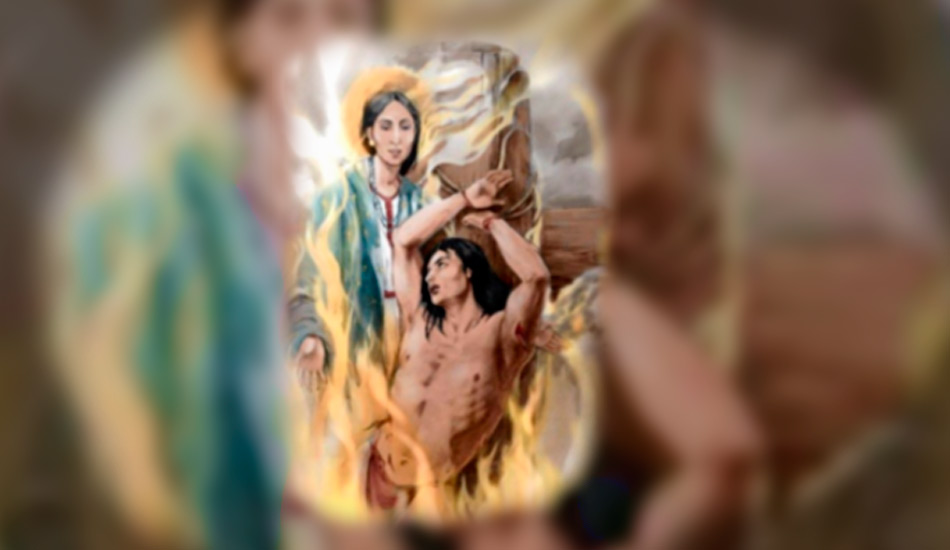 The Martyrs of La Florida

"Florida which has been bedewed in the East and in the West, in the North and in the South with the purest blood of the Martyrs!"

It began in 1549, when the Dominicans came to the Tampa Bay Area to set up a mission. Their peaceful attempts at spreading Catholicism were quickly rebuffed, however. The Jesuits came behind them in 1566, and managed to set up missions and thrive briefly, until 1572. The Franciscans arrived in Florida in 1573 and worked vigorously to educate and minster to the native population there. For two centuries, they labored and managed to grow missions all the way from St. Augustine to Pensacola. In 1597, there was a native uprising, and five Franciscans were martyred on the coastal islands of what is now the state of Georgia. In 1647, the first Native American Christians died as martyrs for their faith in Florida. In the later years of the seventeenth century and the first decade of the eighteenth century, violent attacks occurred against the Franciscan missions in the eastern portions of Florida, leading to many martyrdoms. The Christian Indians living in the Apalachee became victims of the Creeks and the English from Charleston, who brutally assaulted the Franciscan missions in the area, burning structures, killing and enslaving thousands of Apalachee Indians. Many Franciscans and innumerable laypeople died due to their refusal to renounce their Catholicism.

Antonio Cuipa and his Companions were among those Martyrs of La Florida. Antonio Cuipa, a lead martyr, was a husband, father and a chief. Though a layman, he was known as a zealous catechist and brought many native people to Christianity. When the English attacked, they sought to break this joyful and charismatic leader. He was tortured on a burning cross, but remained faithful to God through his torment. Near his moment of death, Antonio Cuipa cried out from the cross that the Virgin Mother had appeared by his side, and that he was looking into her eyes. He said that it was this that gave him the courage to withstand the torture. Another martyr, an Apalachee Indian named Francisco El Chiquito, was also tied to a cross. His faith was scorned, and his legs were cut off to mock his short stature. He responded that this was fine, that he didn’t need legs because the angels would bring him into Paradise.

An exceptionally moving story is of a mother, Mariana, and her son, Jacinto. They were both told to renounce their faith and spit on the wooden crosses that they had around their necks. Mariana replied that they couldn’t do that, for the cross was her heart, so to deny the cross would be to destroy her heart. Jacinto was thus tortured and killed in front of her, the two of them praying the rosary the whole time and standing strong in their faith through the inflicted horrors. A marvelous example of bravery while defending the Eucharist was seen in the martyrdom of Friar Lucio de Herrera. The Creeks attacked him and Friar Pedro de Galíndez one day while the two men were alone and helpless. Friar Pedro, an elderly man, was killed. Fr. Lucio attempted to escape, but was shot with arrows and fell. He carried with him a ciborium full of Hosts. In an attempt to protect the Eucharist from any profanity that the Creeks might inflict, he began thrusting them into his mouth, as many as possible, seeking to consume them for himself. He died while attempting to carry out this noble task, with Hosts still in his mouth and scattered all around him.

The slaughter ended in 1761, in Pensacola, when three Apalachee Indians were killed while attempting to defend the Eucharist, in a chapel built by their priest and kin. In an effort to protect the cup of Hosts and the Tabernacle from the English and the Creeks who were attacking and who would profane the Eucharist, they were brutally beaten and tortured right in front of the altar, decapitated and then left in the chapel. The building was then set ablaze. Because of their courageous acts of fidelity towards the Lord, the Martyrs of La Florida are currently in the process of being beatified.

The Martyrs of La Florida underwent horrible tortures and unbelievable suffering, then died, for their faith. Native Americans, Spanish laymen and laywomen, priests and religious, died for their beliefs and for defending the Eucharist. They endured unimaginable pain and sorrow, ridicule and abuse. But when told to renounce their faith or choose death, many of them bravely chose death over denying Christ. They remained devoted to Our Lord, and chose to stand by Christ and his Blessed Mother even in the face of peril. This is how we’re all called to live, every single day of our lives. We’re called to stand bravely with God in the midst of all of life’s perils, in the hope that some day we may be in paradise with Our Lord.

Prayer for the Beatification of the Servants of God, Antonio Cuipa and Companions

O God, Father of all nations, you have summoned us to announce the freedom of your children. We thank you for calling your Servants, Antonio Cuipa and his companions, to proclaim the Catholic faith during the birth of a new nation. May their example of suffering and forgiveness give us the courage to bear witness to Christ in our own time. We also pray that they be counted one day among your saints. Through the intercession of your Servants, grant us the following grace which we ask from your loving kindness: (here make your request) We ask this through Christ our Lord. Amen.