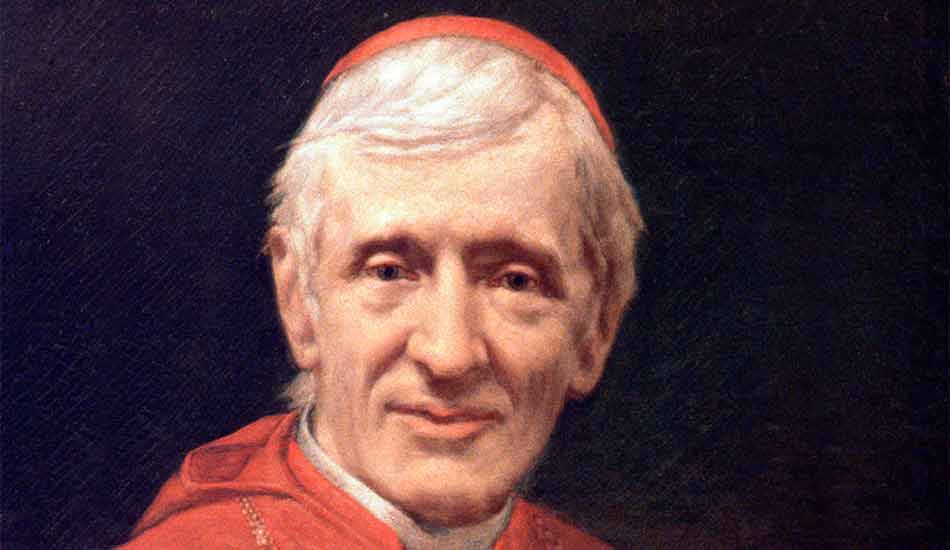 St. John Henry Newman: From the Shadows to the Light of Truth

On October 13, 2019 Blessed John Henry Newman will be canonized. He is the first English saint to be canonized in the 21st century.

Newman (1801-1890) was a theologian, convert, poet, brilliant thinker, and wrote many books. He was an Anglican priest who later in the 1840s had a conversion. In 1842 Newman withdrew to a place called Littlemore with a small group of followers where they lived in semi-monastic conditions. Newman called their residence “The House of the Blessed Virgin Mary at Littlemore,” (which is now Newman College). In February 1843 Newman published an anonymous but formal retraction of all the hard things he had said against Roman Catholicism. Seven months later he preached his last Anglican sermon.

On October 9, 1845 he was received in the Roman Catholic Church, and ordained a Catholic priest two years later. He spent his life teaching, writing, and correcting his erroneous writings from his Anglican days. In February 1879 Newman was offered to be elevated to Cardinal, even though he was neither a bishop nor a resident of Rome. Newman accepted the gesture as a vindication of his work, but made two requests: that he not be consecrated a bishop on receiving the cardinalate, as was usual at that time; and that he might remain in Birmingham. He was made a cardinal by Pope Leo XIII on May 12, 1879.

In 1991, Newman was proclaimed venerable by Pope John Paul II after an extensive study done by the Sacred Congregation for the Cause of Saints.

The first approved miracle attributed to Cardinal Newman was the cure of a spinal cord disorder of Jack Sullivan, a deacon from Massachusetts in the US. The second miracle was the healing of a young college student, who had a life-threatening pregnancy situation. She was healed immediately. Sr. Kathleen Dietz FSO, expert on Newman’s ecclesiology, made an interesting reflection on the second miracle preformed my Cardinal Newman. “I find two things about that that are really striking. First of all, Cardinal Newman always responded to the signs of the times, we know we're living in a time where the culture of death permeates everything. That he did this miracle for life – not only for the life of the young woman, but also for her unborn child – is really significant.”

The soon to be Saint John Henry Newman, is a true light for us all, an intellectual giant of the last century who came out of the shadows bearing the torch of Truth and blazing a religious trail which thousands have followed. He dedicated his life to making the truth known. The phrase engraved on his marble tomb “Out of the shadows into the light of Truth” is very fitting, because that is what he lived. Like a voice from above Newman speaks again: “It is high time for us to rise out of sleep, to chase from us the shadows of the night.” Let’s follow his footsteps closer and closer into the Light.