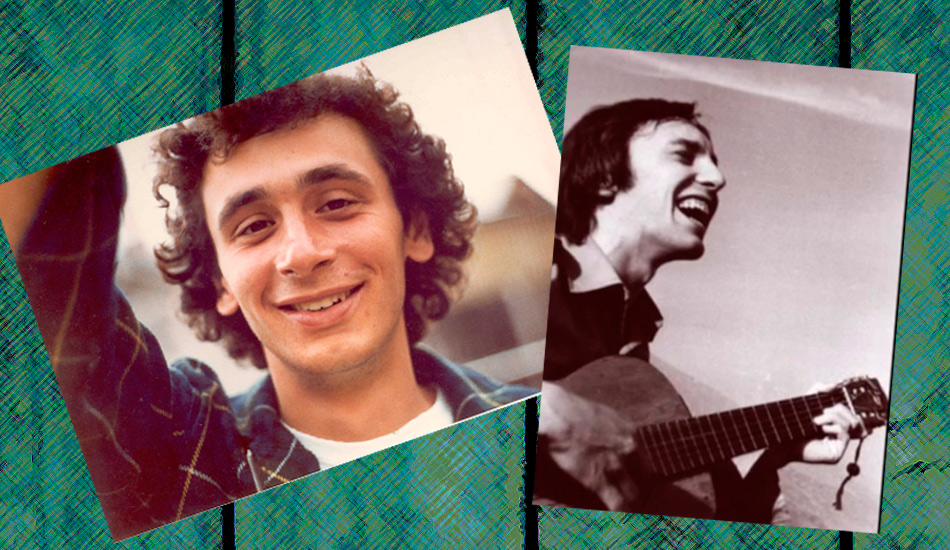 Together, we’ll get there faster: Alberto Michelotti & Carlo Grisolia

Friendship - someone's chosen family - is one of the most emblematic characteristics of youth. What would you be like without friends? Who would you vent to, talk to, etc.?

Very often, you probably consider your friend to be more important than your own family, because he seems to be the only one who understands you. But what is a true friend? Are all the people we surround ourselves with, all those within our “group,” really our friends?

When we are immersed in a problem that seems impossible to fix, we long for a faithful and true friend who can offer us comfort and support. His advice encourages us, his company brings peace, and even his simple presence helps us stay on our feet.

He forgives and excuses our offenses and mistakes patiently, and if it is his responsibility, he corrects and helps us sincerely. Two friends are "one heart and one soul," united by an unbreakable bond.  A true friend does not seek to have friends but to be friends, with all that it implies. All that matters to him is his friend’s happiness and well-being. And what happiness and well-being is greater than holiness? Can there be a greater and truer friendship than the one whose center is Jesus?

The two young men who I am going to tell you about went to Heaven hand in hand. They were best friends in Christ and members of the Focolare Movement. How awesome would it be to be with your best friend in Heaven! In fact, their cause of beatification is being carried out at the same time.

Alberto was a young and very intelligent engineering student from Genoa. His passion was the mountains, and he had a great gift for leadership. He put all his gifts at God’s service, taking charge of the youth group of the movement he belonged to. God was the center of his life to such an extent that he said, “Someone is more and more present in my life journey. It is Jesus. There are days in which I cross the city looking for a church, and I arrive at the last Mass of the day. There, I can meet Him in the Eucharist. To do so, I leave the university early; I hop from one bus to another, and suddenly I think, ‘Alberto, a month ago, you wouldn't have done all this even for your girlfriend.’”

In September 1979, Alberto was appointed head of the Gen group de Valbisagno, Genoa, where he met Carlo Grisolia. Although they had very different personalities, their desire to love God and to carry the evangelical ideal to others united them very strongly. They learned the Focolare's ideal of becoming saints together, which became the primary goal for both. An enviable spiritual connection was quickly established between the two in their common effort to keep Jesus in the center of their lives, to the point that they knew each other's difficulties, struggles, failures and victories, becoming mutual support on their common path to holiness.

On August 18, 1980, Alberto, a great lover of hiking, decided to climb Monte Argentera in the Maritime Alps with a friend. A few meters before reaching the summit, Alberto lost the grip of the ice ax and his support in the crampons and fell into the icy ravine under the helpless eyes of his friend who preceded him in the ascent.

Carlo could not attend his funeral. That very day, while on military service, he was hospitalized. The seriousness of his situation emerged immediately from the analyzes: a tumor, and the most malignant.

Carlo was the third of five brothers and grew up in the Focolare Movement. He was an outgoing and helpful guy, and had a great sensitivity for music. He loved composing and poetry.

His illness was unexpected, but he did not waste a second to unite himself to the Lord. He encouraged everyone. Even the nurses admitted that they were edified by his presence and did not want to leave his room. In a conversation with his mother he said, "Mom, it's time to take the plunge in God."

During moments of intense agony he said, "Alberto is with God to sustain me and always keeps me close to Jesus." And, “I know where I am going. I am going to meet a friend who left a few days ago in a mountain accident.”

He died forty days later and offered all his sufferings for the youth, especially those at his parish, and for unity in the world.

They are a great example for everyone: two friends intent on becoming holy, with different tastes and hobbies, but with the same goal: Heaven. God is so good that He granted them the gift of getting there together, for they died practically at the same time. Friendship is a very valuable human value to Christ, but it must be founded upon Him. "Together, we’ll get there faster," was their motto, and they succeeded.

For this reason, I suggest you pray for your friends, for those who know Christ and for those who do not, for those who are far from Him and follow the "easy" path, that they may encounter Him, long for holiness, that you may always be united and so go to the Father's House hand in hand, like Alberto and Carlo.