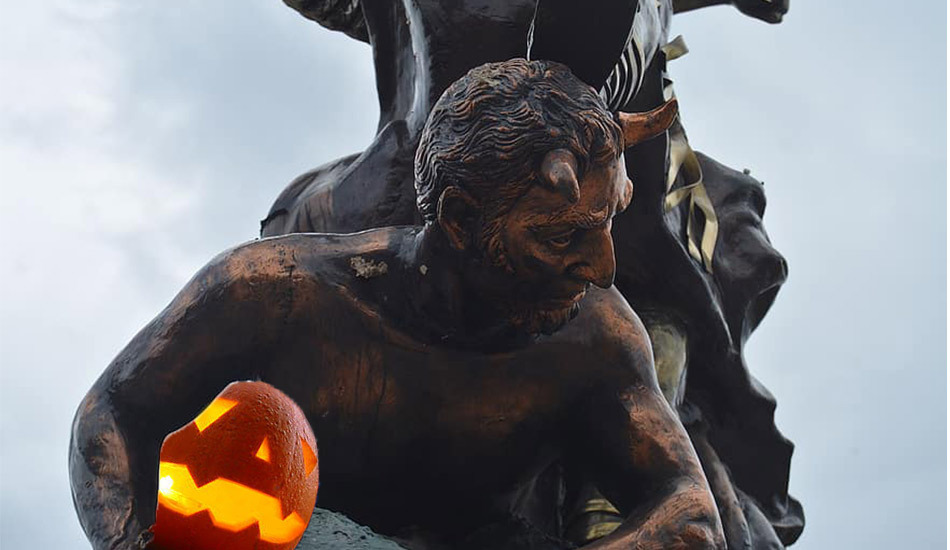 Many Catholics with good formation, including some priests and bishops, argue that there is nothing wrong with participating in Halloween. Even recognizing the clearly demonic twist the holiday has today, a lot Catholic journalists and bloggers point out that it actually has significant Christian roots. Now that American commercialization is imposing the holiday worldwide, all Catholics should reflect on whether it is appropriate to celebrate Halloween. Let us take a look at the Christian origins of the feast to discover whether Catholic should celebrate it.

The direct origins of Halloween can be traced to the year 609, when the Catholic Church in Rome began to celebrate All Saints’ Day on May 13. Two centuries later, Pope Gregory III changed the feast to November 1 to honor the day of the dedication of All Saints Chapel at the Basilica of St. Peter in Rome. At the time, it was not a feast in the universal church. The fact that the date of the dedication of the chapel would coincide with the day the ancient Druids celebrated the feast of Samhain, the lord of the dead, when the feast was universalized 100 years later by Pope Gregory IV seems to be nothing but a curious historical coincidence. In fact, there was no need to “Christianize” or “baptize” the pagan feast in the ninth century in Ireland. Although some vestiges of the ancient Druid culture may have still existed, there were no open druid celebrations and the Church in Ireland was in its Golden Age. Hallow is the Old English word for saint, so the vigil of the feast was called Hallowe’en, hallows evening.

So how did the morbid and demonic aspect of Halloween begin? There was a celebration for the saints in Heaven. In 998, St. Odilo introduced the celebration of the souls in purgatory in France, which later became a universal celebration as well: All Souls’ Day. But what about the souls in Hell? If we forget about them, Irish peasants began to worry, perhaps they will take their vengeance on us.

On the night before the celebration of the saints in Heaven, Irish peasants began to bang pots and pans to let the condemned souls know that they had not been forgotten. Needless to say, the clergy never encouraged such behavior! When the bubonic plague, known as the Black Death, ravaged Europe in the late medieval ages, more Masses were said on All Souls Day and the entire population became very sensitive to the reality of death and eternal life. Other than celebrating Masses, another way to remember the souls in purgatory in France, especially on All Souls Day, was to have theatrical representations of skeletons being led by the devil into tombs, known as the danse macabre. These two customs seem to have come together among Irish and French Catholic immigrants in the USA, creating what we know today as Halloween.

The use of jack-o’-lanterns was introduced only in the late 1800’s in America, in remembrance of Celtic harvest festivals. This sparked interest in Druid festivities and gave an even more pagan “flavor” to Halloween. As the years passed, the celebration became more and more gruesome and even demonic. Those who practiced witchcraft adopted it as their own, and today many occult practices and eucharistic sacrileges take place on Halloween.

If the Halloween is nothing but a sad deviation of a beautiful Catholic feast, does it make sense to participate in it? If we want to “revendicate” the Eve of All Saints’ Day, as many Catholics suggest, can we do so by taking part in those very customs that disfigured the Catholic feast to begin with? No. On All Saints’ Day we should remember the saints, venerate them, put ourselves under their protection, and set them up as models for all of us. A beautiful way to do this among children is to have them dress up as saints! Rather than send them to go trick-or-treating with their friends, many Catholics organize “Holyween” parties for children in their parishes. The youth can participate in Adoration and Holy Hours in reparation for the evil committed on the night of Halloween. The best way to revendicate the original feast is to celebrate it in an authentic way!