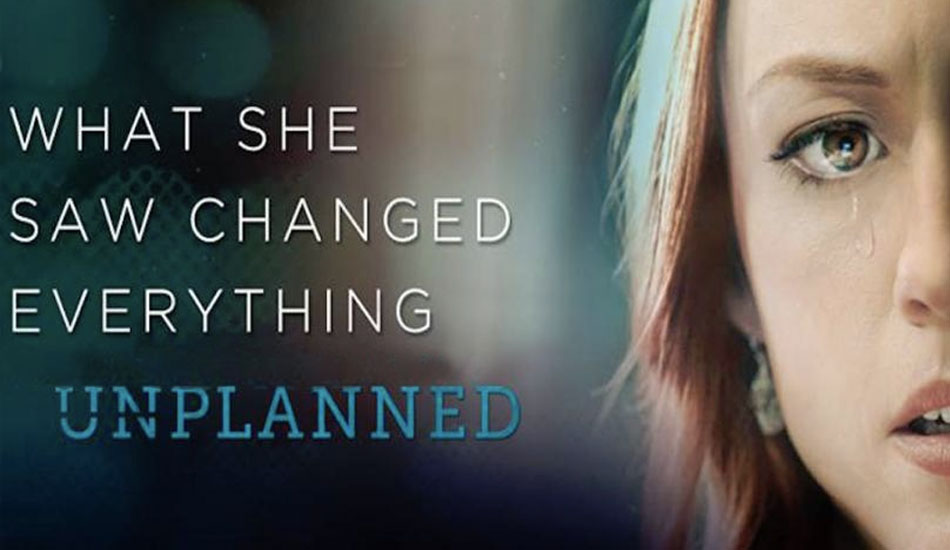 What a movie! I had heard about the testimony of Abby Johnson, but as you can imagine, it's a lot different seeing it played out in a film. If you haven't seen Unplanned yet, I strongly encourage you to see it, and invite others as well.

While it wasn't made in Hollywood, it certainly got a lot of messages across in a compelling way. It shows many ways of seeing abortion, and many ways of reacting to it. Having prayed outside of abortion clinics myself, it was interesting to see what happens on the other side. They mentioned a "small" fact, that, according to Planned Parenthood, the no-show rate for scheduled abortion appointments can be as high as 75% when people are praying outside the clinics!

When Unplanned came out, I had heard that it was very graphic, and some people had to leave the theater right from the beginning. I'm not going to say that it was just a little bit of blood, but what did strike me was the relation between the film's rating and getting an abortion. In order to see a film about abortion, you must be at least 17 or with a parent or guardian. In order to have an abortion, there is no age requirement, and in many states you needn't even mention to your parents that you are getting one.

At the end of the film it says that after Abby Johnson, they've been able to help more than 500 people leave their jobs at Planned Parenthood. Two weeks after the release in March, Abby wrote on Facebook:

“We need your prayers at And Then There Were None– Pro-life Outreach. We are having literally at least one worker leave their job every single day…sometimes two a day. Please pray for our staff as we navigate this busy time. Big things are happening and we can confidently state that Unplanned has been a bigger blow to the abortion industry than we could have ever imagined! Change is coming, guys!”

Look how one person's response to her conscience has done—thousands and thousands of lives have been affected. The moment of her conversion was backed by many prayers and witnessing. For those of you who feel that you are called to help out in the pro-life industry in ANY way, don't put it off! Thanks be to God for His action in the life of Abby Johnson.

By the way, HM Television interviewed Abby, speaking of her conversion. Check it out at: https://www.youtube.com/watch?v=g-wTltZPqUc