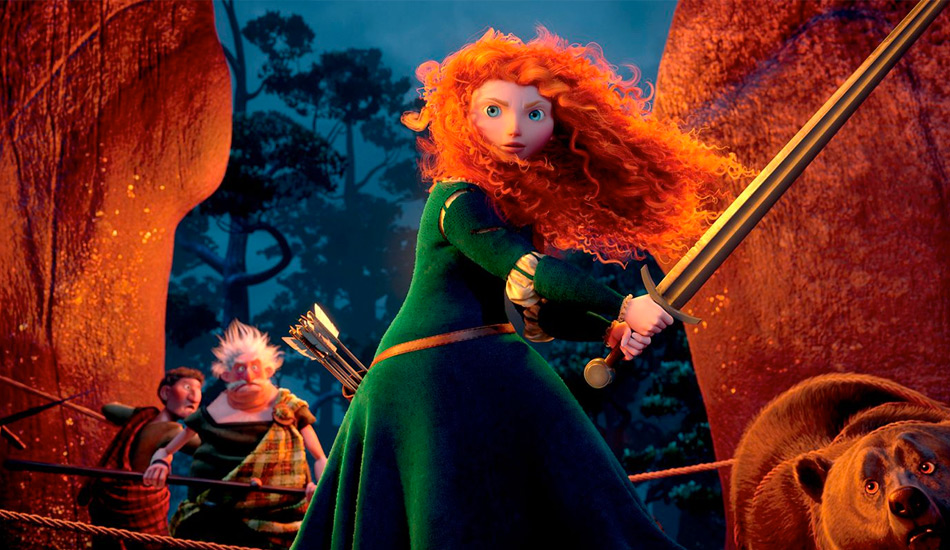 I am increasingly surprised by how many young women openly declare their disgust towards the idea of marriage and family life. I never expected to have to make such great efforts to convince young women of the beauty of the married life. Once, as I went on and on about marriage and the family, a group of young girls looked at me, rather confused, until one of them finally asked: “Sister, umm… Then, why didn’t you get married and start a family?” I laughed and explained that I was happy in my vocation and did not want to get married, but I wanted them to grasp that family life is beautiful and something to be desired, not abhorred.

In our boarding school in Belmonte we watched the Pixar movie called Brave. In the film, a fiery-spirited teenage daughter rebels against her mother’s plans for her future marriage and goes to a witch, asking her to cast a spell to change her mother. The rest of the movie is about the adventure mother and daughter have together, until they finally learn to understand each other and the spell is broken.

Was Merida’s rebellion against her mother just teenage drama? St. Thomas Aquinas himself defends that children must be free to choose their state of life. His decision to become a poor Dominican rather than aspiring to becoming prior of a Benedictine monastery wreaked havoc in his family. His mother was devastated and did everything in her power to force Thomas to give into her will. St. Thomas fought for his vocation and later wrote: “Wherefore servants are not bound to obey their masters, nor children their parents, in the question of contracting marriage or of remaining in the state of virginity or the like” (Summa Theologiae II-II q. 104 a. 5).

So Merida’s resistance to her mother regarding her future—she had to choose her husband among three idiots—is legitimate. Their adventure together teaches them to understand and respect each other. Having gone to a witch was certainly not a good idea, and this is made clear in the movie. The mother’s comments at the end about breaking tradition instill a distorted understanding of freedom. This is kind of unfortunate, but this mistaken vision of freedom happens to be a foundational column of our contemporary western world, so we have to cope with it and be capable of understanding why it is flawed.

In reality, what most worried me about the movie is that all the men are either violent or stupid, and most of them are both. Take a look at the male characters, one by one, and you will see that not one of them is noble, virtuous, or heroic in the deep sense of the word. Not one of them is "lovable" or attractive. The two female protagonists are drastically different, but both are strong, intelligent, beautiful, and affectionate. This makes me wonder whether there is a radical feminist ideology behind the movie.

In this movie and in many others, young people are being brainwashed into a disgust for family life and marriage. Why should girls desire marriage, if men are violent and stupid? Why desire commitment, if I can be happy with my horse and my hobbies and my freedom?

So what's my advice? Totally avoid any movie or book with similar messages? That would be an extreme step to take, but it might be worth it. What must be done without a doubt is critical thinking. Never watch a movie just to be entertained. Be critical, reason things out, question the values that are being portrayed. If you don't want to be brainwashed, either reject the means by which the ideologies are being stuffed into your brain, or seek formation so you can develop strong mental filters so as to sift through truth and lies.