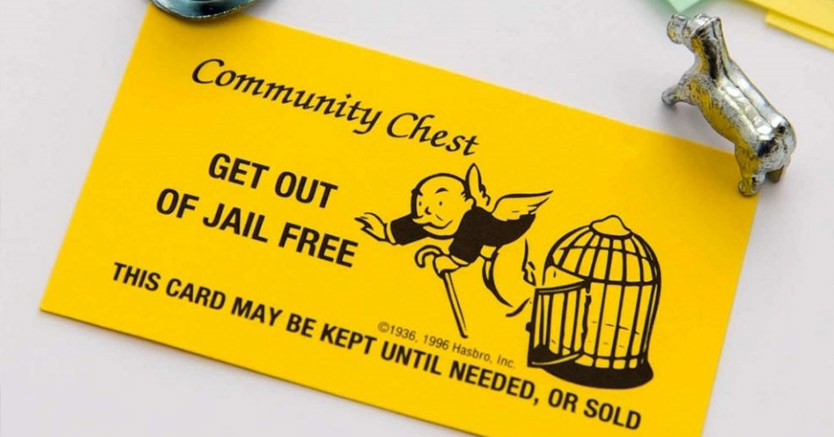 Trying to avoid Hell is a very good idea. A first step towards conversion is often as simple as this realization: “If I keep going down this path, I’ll end up in Hell, so something’s gotta change.” There is nothing to reproach about that idea. In fact, everything points to it being inspired by God; we simply cannot avoid evil and do good, much less the supernatural good, without His help. It’s a good step, an important step, but, in the end, only a first step. If it’s the only step you’re willing to take, that means you may always be just a step away from Hell, which is certainly not advisable.

If avoiding Hell is your only goal, you will probably end up falling into frequent venial sins, convinced that venial sins cannot send you to Hell. The distinction between mortal and venial sins is useful to avoid excessive scrupulosity, especially about receiving Communion—if you are not conscious of having committed a mortal sin, be at peace and receive Jesus! However, it is not at all useful for deciding which sins are okay to commit and which are not, precisely because sins in general are not okay to commit to begin with. Even venial sins offend God and damage your relationship with Him! They damage you and make you weak. If you get used to committing them, you will also get used to hearing the devil’s voice and obeying it. The line between gravity and levity will become blurry and his victories over you become ever greater.

So it’s clear that we should live in such a way that we avoid Hell. But what about purgatory? Should we try to avoid purgatory too?

Most Catholics have the idea that purgatory is a necessary stop on the way to heaven. St. Maximilian Kolbe didn’t think so. He was convinced that those who surrendered themselves fully to the Immaculate and made a daily effort to put into practice that complete surrender would go straight to heaven. If you belong to her and consecrate to her all your thoughts and deeds, she will purify them and rectify them. She will make sure you undergo whatever purification you may need here on earth, so there will be no need for extra purification in purgatory. St. Maximilian said this to his brothers, but I think we can safely assume that the same holds true for all Catholics who take their spiritual life seriously (daily Mass, daily rosary, frequent confession, daily prayer) and seek holiness with all their strength.

Talk about purification here on earth may make you nervous… because it sounds painful. No need to worry, and here’s why. Theologians debate about how “terrible” or “painful” purgatory really is. Is it an infernal “pit-stop” full of excruciating torment, or an eager and joyful expectation for heaven, in which the burning desire to see God is what purifies? Garrigou-Lagrange does not hesitate to say that based on Tradition and theological reasoning, we can conclude that suffering in purgatory is greater than all possible suffering on earth. So try to muster up the courage to ask the Lord to allow you to make reparation for your sins here. It is not an act of generosity but an act of spiritual cunning, because sufferings will be much more intense on the other side! However, Garrigou-Lagrange also cites St. Catherine of Genoa, who wrote, “No peace is comparable to that of the souls in purgatory, except that of the saints in heaven. On the other hand, the souls in purgatory endure torments which no tongue can describe, and no intelligence comprehend, without special revelation. […] Souls in purgatory unite great joy with great suffering. One does not diminish the other.”

But should we avoid purgatory just out of spiritual cunning, because it sounds somehow delightfully and unbearably painful? No. The real reason to avoid purgatory is the dynamism of love. If your love for Him is authentic, how could you settle for prolonging your separation from Him in purgatory? Ask the Lord to imprint upon your soul an earnest desire to go straight to heaven. Consecrate yourself daily, totally, and without conditions to the Immaculate Heart of Mary as a first step.

Read about how plenary indulgences can remove temporary punishment for sin here.