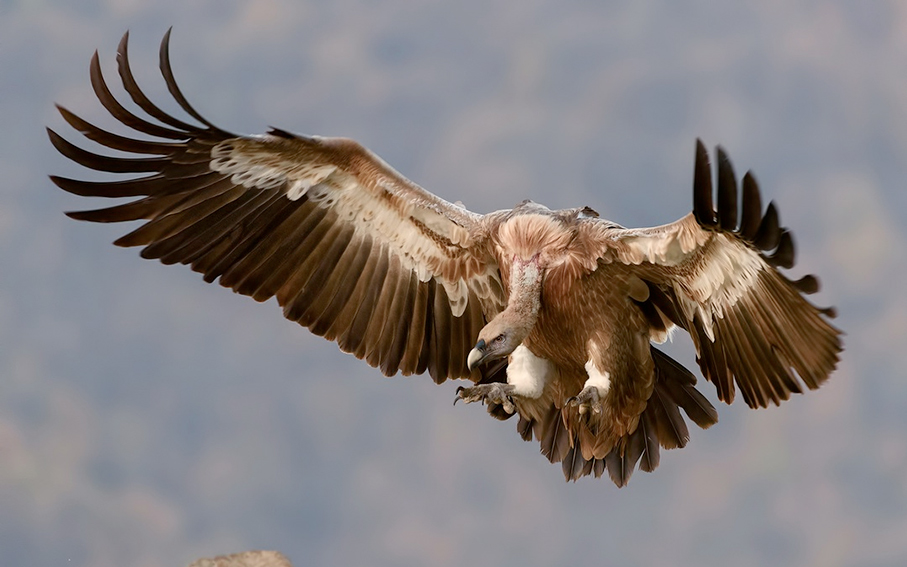 Free as a Vulture

There is something enchanting about the graceful soar of vultures. One might even call them beautiful with their enormous wingspan and their never-ending circles. Actually, the effortless life of a vulture is probably appealing to many. They seem so free. All they have to do is fly high and keep their eyes open for nourishment.

I think a lot of us imitate the lives of vultures without realizing it. We seek “freedom,” freedom from commitments and obligations, freedom from exterior influence and worries.However, the birds that look so beautiful soaring through the clouds are as ugly as death, sustained by death, and saturated with the stench of death.  And the same can happen to us. If we journey seeking absolute freedom we could easily be confronted with death. It’s a morbid symbol for a bitter truth.

It seems like a paradox, right? But if you think about it, freedom, the capacity you have to act according to your will, should not be sought as an end in itself. If you seek the power to make spontaneous decisions as an end in itself, you will begin to reject anything that seems to interfere with that power: commitments, obligations, rules, etc. A life of rejection of everything that should give order to your life will not lead to freedom but to chaos. When a pre-teen poses pure spontaneity as the exclusive criterion of decision-making, it’s understandable, though lamentable. But when a young adult continues acting that way, there is a more serious problem. Who would be totally free according to such a mistaken conception of freedom? A young man who never has to work because he has received a huge inheritance. He rejects any sense of responsibility or obligation towards others and towards God. He spends his day wondering what he feels like doing in every moment, and then does it. I can’t imagine a more disgusting and empty life.

Because God created us free, man alone has the capacity to act according to his will, and to reason about which decision he should make and why. The end of this capacity is not to will the power in itself, as Nietzsche would suggest, but to use your will to choose the means that will best lead you to the good. Don’t reject all commitments; make good commitments. Don’t discard all obligations; oblige yourself to do good. Don’t flee all influence; flee bad influences. The soar of vultures is beautiful, but face to face, they are horrific. Seeking absolute freedom to do what you feel like when you feel like it does not lead to more freedom but to death: to chaos, meaninglessness and emptiness. Don’t try to be as “free” as a vulture. Use your freedom to choose what is good. Use your freedom to be good.