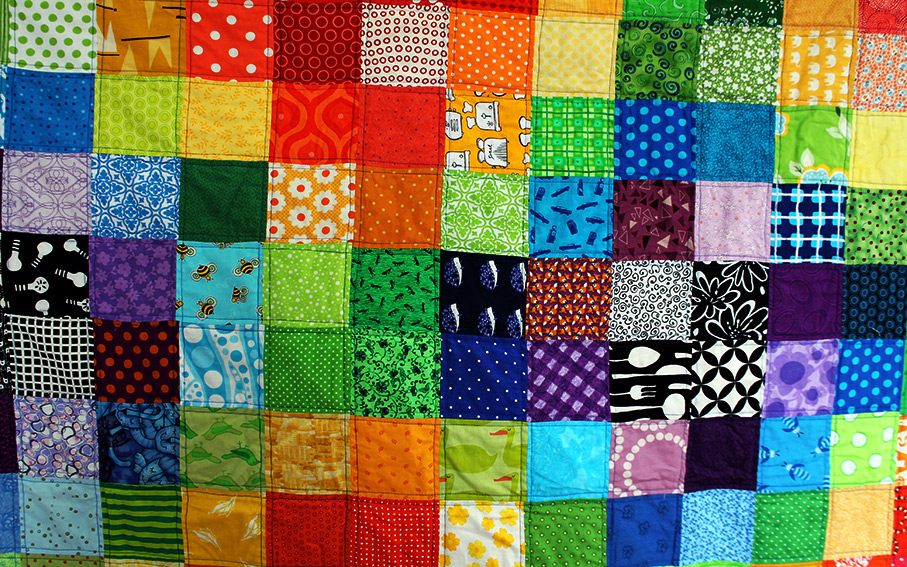 “Patchwork identity” is the name psychologists have given to a new phenomenon observed in our globalized culture. Although the theory of patchwork identity is complex, one aspect of the theory is closely related to cognitive dissonance. To get the main idea of patchwork identity, imagine a quilt, as the name of the theory itself suggests. A quilt is made up of various completely different fabrics sewn together. Similarly, a person who has patchwork identity is perfectly able to live in different environments according to contradictory values and ideals, and these ambits are sewn together artificially*. In the 20th century, psychologists were accustomed to people coming up with excuses to justify their irrational and incoherent behavior. But now, they have to deal with "patchwork identity": people act incoherently and irrationally without even experiencing the least desire to justify their incoherence and irrationality.

For example, a young woman can be a relatively good daughter. She helps out once in a while at home; she makes sure not to give her parents motive to yell at her; she tries to follow at least the most important family rules. At the same time, when she is with her friends, she changes the way she dresses once she walks out the door of her house; she uses more vulgar language; she ridicules the values she receives at home. In class she acts according to what her teachers expect of her. Later she goes to youth group, and, once again, functions according to different criteria, which may be more or less similar to the values she learns at home. And later, she goes out with her friends to a club, forgetting anything she may have learned in youth group about purity, modesty and dignity. In each "patch" of the quilt of her life, she functions well and pleases those who surround her. But there is no inner coherence between one patch and the other. In fact, there is blatant and grave contradiction. And she doesn't really care. Not only does she not care, but also she doesn't take a minute to ask herself about her true identity, her true self.

It's hard to define the "self," but we could say that it's the answer to the question, "who am I?" Having a true and coherent answer to that question is critical to being a healthy human being. Try to ask yourself the question, "Who am I?" If you realize that you have to change the answer depending on which environment you are in, you may be suffering from a light case of patchwork identity. But instead of going to a psychologist, I would go to a priest. Before it becomes a pathology, patchwork identity is a fancy name for a sin. Think about it. Lies, dissimulation, manipulation, plus whatever  you may have to commit to fit in with a given environment. So first, go to confession. Then go before a tabernacle and ask the Lord, “Who are you and who am I?” If you are willing to change your life, He will help you to form a coherent and true identity.

* The metaphor of the quilt is not a perfect metaphor, because the patches of a quilt are sewn together and the result is beautiful, whereas the life of a person with patchwork identity is a disaster. To get the metaphor right, just imagine an ugly quilt.