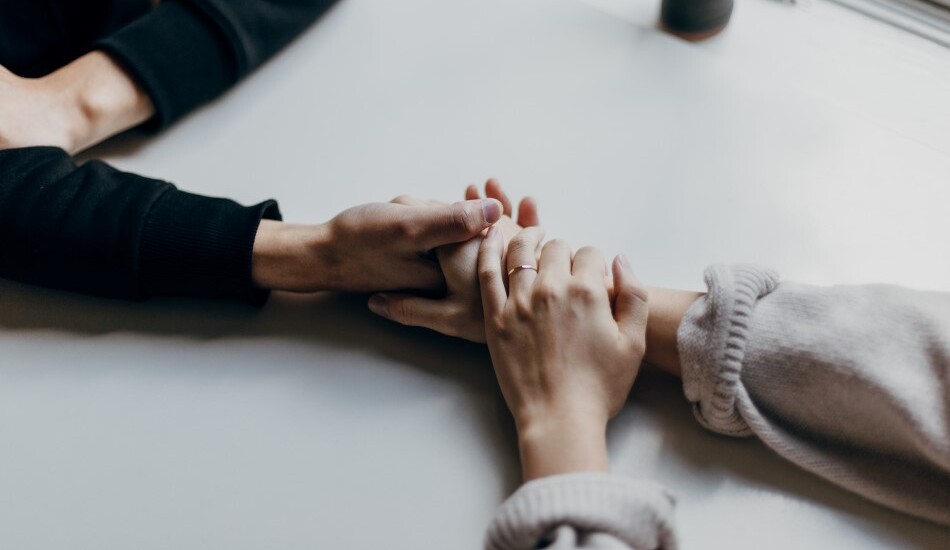 How is she going to tell John? For some months, she had been trying to hide that lump that appeared on her arm; she didn’t want to scare him. And what if it was nothing? And yet, now she does know the answer.

She and John were in love since the moment they met until now that they had several gray hairs. They couldn’t live without each other.

Suddenly, she heard the key open the front door. John had come home from work! She received him as usual. Then, she took his hand, kissed it and said smiling, “We need to talk.” He smiled back and started telling her about a meeting he had that afternoon, his boss, traffic… She cut him off: “We need to talk.” Then he became serious and, with a look that pierced her soul, he asked, "What's wrong?" She answered without hesitation, "I have cancer."

John was devastated, although he did his best to hide it. How was he going to live without Carmen? She was the center of his life… He looked at his watch—just 15 minutes had passed since his wife broke the news to him, but it felt like an eternity. He grabbed the phone and called Louis, his only son. The call went immediately to voicemail: “Your call has been forwarded to the voicemail for Louis. No one is available to take your call…” He’s probably on one of those business trips, John thought. And who was he going to unburden himself to? He suddenly felt alone, very alone. And for the first time in his life, he realized that he was.

You know that feeling where everything you've built in your life falls apart in less than a minute? John looked out of his fifth-floor window in Madrid, filled his lungs with air and shouted to God, "You’re so unfair!”

He stood before his wife’s tomb. Three years had passed since she died, and he felt as if twenty years had passed him by. He didn’t cry because he didn’t have strength to do so. He was diagnosed with depression and, as a result, had been placed on sick leave. He walked home and passed that church he hadn’t been to in forty years. That day, he went inside decidedly. He saw the big crucifix in the front that presided his wedding many years ago. Now he realized that the cross went before them not only that day, but on many days of his life… And in these last years, it had been imposed on them—him and Carmen—in a forced way.

Then he drew near the crucifix, stood below it, and cried unconsolably. He cried like a baby, repeatedly, for two hours until a priest came up to him. Like a father, he took him by the shoulders and, whispering in his ear, said, “Welcome home.”

I would like to share that this text is several true stories tied into one. In all of them, conversion of soul comes about through suffering. All these people learned to embrace the cross. And nowadays, this is not in style. We call pleasure happiness. If you were told that happiness is in suffering? A person in the hospital, at the point of death, suffering terrible pains, said to another person, “I suffer. I suffer greatly, but I wish that, when you reach my age, you’ll be as happy as I am right now.” What we see on the cross is not just a problem; it’s Christ Himself, crucified. And suddenly, we realize that we have been waiting all our lives for this encounter with Him. Ouch! It really hurts! Yes, but with Him you’re incredibly happy.

God purifies us through suffering. He sanctifies us, takes our sins away and makes us new people, free people, beautiful people: “Look to Him and be radiant” (Psalm 34:5). So, makeup isn’t the trick, but prostrating yourself in the presence of the Blessed Sacrament and telling Him, with a generous heart, not at all halfheartedly, “I want to be your Simon the Cyrene. Teach me how to carry the cross, because I do a horrible job.”

No, I don’t like to suffer either. Suffering for the heck of it is absurd. And if you suffer out of love? It’s the best thing that can happen to you in life. I know a mother who wakes up at 6:00 a.m. every day to make her children’s lunch so that they can take it to school. She does it with a loving heart (now don’t take this and read it to your mom ;)). What would you be willing to do for God? For me, giving my life to Him seems too little. What do you think?

May Mary help us to not flee from the Cross and to be like St. John. Our Blessed Mother has so much to teach us! 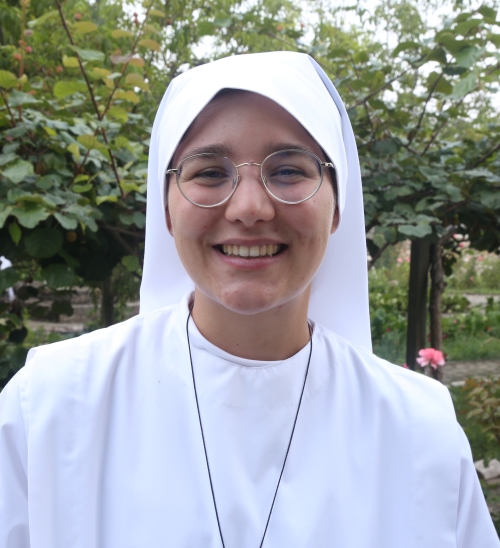 My name is Sister Beatriz Fernández de Mesa. I was born into a Catholic family and have two siblings. When I was little, I was the annoying one who would throw a tantrum when we went to Mass or prayed the rosary.
In 2017, when I was 17, I met the Home of the Mother on a mission trip to Ecuador. After that experience, I thought I would never have contact with them again. In 2018, I started my degree in Psychology and my goal was to pass the public examination the first time around to open a private practice, become a millionaire, have ten children and buy a red Porsche. The Lord put a huge emptiness in my heart, and I felt that either I gave everything to Him or everything tasted, like St. Paul says, like garbage to me.
God's plans surprised me in 2021. I went back to the Home... At spiritual exercises, the Lord invited me to say yes to Him- to a life with Him and for Him. The end of the story is clear, because I am a now a Novice. I am convinced that Our Blessed Mother brought me Home to take me to her Son, and I ask Her not to let me go. From her Home alone can I look at Heaven with such clarity. I am praying for you.