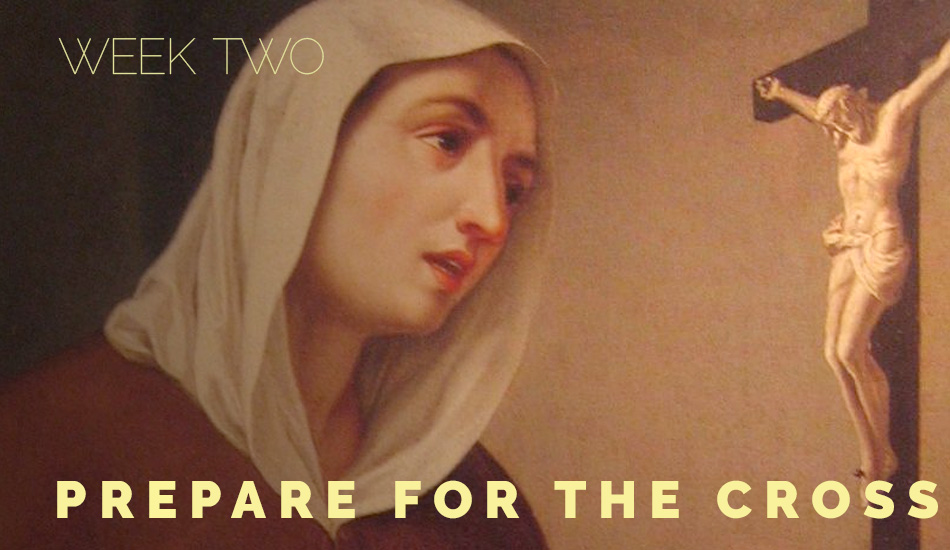 2nd Week of Lent: Some Ideas

Something to think about this week:

This week the Gospel is about the Transfiguration of the Lord, and the second reading prepares us for it with the second letter from St. Paul to Timothy. It’s the first verse, so if you’re distracted at that moment…

The verse is: “Bear your share of hardship for the gospel with the strength that comes from God” (2 Tm. 1:8b). This calls to mind the Lord telling us to take up our cross and follow him, and we see the example of that in St. Paul. Being part of the Mystical Body of Christ, we all have our part of joys and sorrows, all of which the Lord permits us to go through so that we can take part in Christ’s sacrifice.

Take note that St. Paul adds, “for the gospel.” Make sure that it’s a hardship that isn’t brought upon by yourself, but rather in order to advance the message of Christ. And take note, God gives you strength. There is nothing that He permits that is too difficult for you, because He always sends the grace to live it. Take advantage of His graces and don’t let them go to waste because you weren’t attentive enough to receive them… or even to ask for them.

In 1247, in a small town of Italy, little Margaret was born. Her mother taught her how to pray and be a pious girl, but at her mother’s death when she was 7 and father’s remarriage, Margaret started looking for love in other places. At the age of 16, she met a rich man and ran off with him, believing his promises to marriage and enjoying a life of luxury and riches. One day she was in a boat accident and almost drowned. She was rescued but saw it as a a sign from God calling her to return. Even so, she didn’t change. She was with him for nine years and the two of them had a son together.

One day while he was away, his favorite dog returned home. Expecting that his owner would arrive soon after, Margaret was surprised to see the dog tugging at her skirt amongst howls. She followed the dog, which lead her to the corpse of her murdered lover.

Right away she took her son and went home, but received the door in her face by her stepmother. Finally they found a place with some pious women, and Margaret dedicated herself to doing penance for her past sins. She still had to fight against impure temptations, but found strength in her prayer and penance. One of the things she did was go back to the town she was in before and ask everyone she encountered forgiveness for her scandalous life. She fasted, abstained from meat and lived on bread and vegetables.

Her son grew and became a friar and she became a Third Order Franciscan and opened a hospital for the sick and poor. The Lord graced her with many mystical experiences. One time He said to her, “What do you desire, my little sinner?” She responded, “I neither seek nor desire anything but you, Jesus.” Years later, still lamenting her sinful life, the Lord said to her, “My daughter,” and a few days later, “My spouse.” Her three loves: The Eucharist, the cross, and Our Blessed Mother. We know her as St. Margaret of Cortona.

Yourself: Offer some kind of penance this week conscious that you are doing so in reparation for your sins.