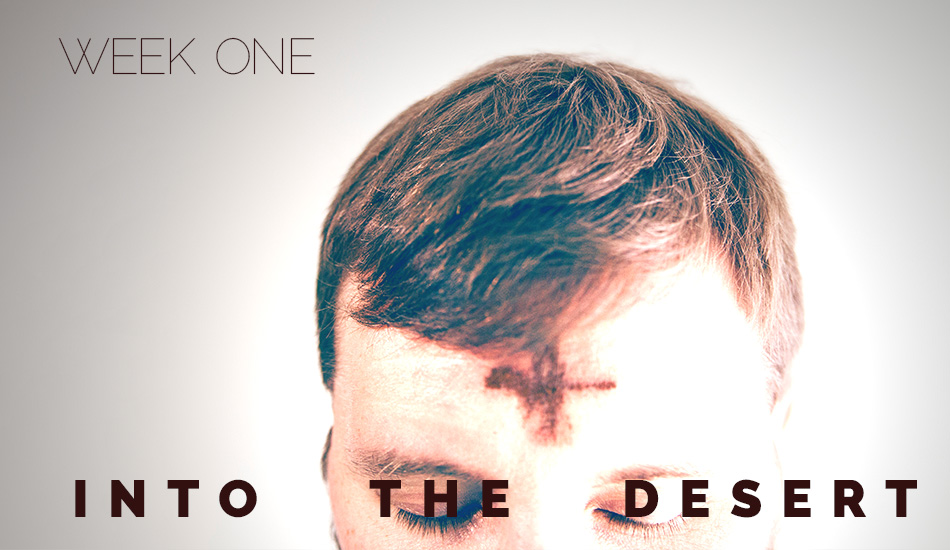 Tips for the 1st Week of Lent

For Lent, here’s something that may help you out to live more intensely each week. Short readings for each of the 3 pillars: prayer, fasting, and almsgiving. Examples of the saints to encourage future saints!

This Sunday’s Gospel reading is short but substantial, check it out in Mark 1:12-15, and then… In your time of prayer, take a moment to see how Jesus, impulsed by the Holy Spirit, took time of prayer and fasting before beginning His ministry. He, although being God, knew the value of prayer. The value of that sacred time to be along with God the Father. During His ministry, Jesus often got up early or stayed up late praying. Prayer is a strong weapon to fight against the devil. We, being sinners, need prayer to fight against the temptations that come not only from Satan, but also from the world and ourselves. Ask the Holy Spirit to drive you to pray as well, ask for the strength to persevere in prayer even when you don’t feel like it.

Take time to ask the Lord for strength in your trials. You may not be among wild beasts, but think about what is in your life that acts as wild beasts. Maybe it is things or people around you, things you see or watch, or your own passions. It could be an overly busy schedule, your mobile phone, or an uncontrolled imagination. See which of those things you can root out or how you can combat them. Invoke the Holy Spirit to give you light to see how to do so.

Ask the Lord to send His angels to protect you, so that you can take to heart the Gospel and truly repent.

St. Simeon Stylites was born in Syria around 389, around the time that St. Augustine and St. Patrick lived. He was a shepherd boy until he joined the monastic life at the age of 16. He was very penitential and began to be known for his sanctity and for healing people. Simeon wanted a more solitary life, so he went away to a hut for a year and half, and then to the cliffs of a nearby mountain, but so many people continued coming to seek his counsel and prayers, that he searched for a new solution. Had he been in Egypt, he’d have gone deep into the desert, but as he didn’t have that option in the fertile Syria, he found another solution: live on top of a pillar. That way, he’d be far enough away from the people in order to pray, but still there for them… although in a limited way. They would come just to watch him pray with his arms raised in a cross, or dipping his forehead to his feet numerous times as a form of penitential prayer.

The first pillar he had was about nine feet high, with a square-yard platform and railing on top. There, he dedicated the rest of his life to prayer, fasting (during Lent he didn’t eat or drink anything), preaching, and giving advice to the multitudes that sought him out. The men were allowed to climb up the pillar with a ladder to see him, but the women had to do so from the ground.

When the desert monks heard about this man on the pillar, they were skeptical about whether he was doing it for show and pride or for true humility. So they ordered him to come down. When he obeyed immediately, they knew that he was up there for humility, so sent him back up.

He spent the last 36 years of his life on the pillar, changing every so often so that the last one he occupied was about 50 feet high. On September 2, 459 AD, he was found dead on top of the pillar.

And you? Is it time to head for the rooftop? Even though you may not be searching out the nearest treehouse, you can take St. Simeon’s example and take time to separate yourself from society in order to spend time with God. Assuming that you are already taking some time for prayer, why not fast this week from listening to music? Or, perhaps, from using WhatsApp?

St. John Bosco took care of hundreds of boys, teaching them about human and christian values. One time he brought a group of them to the cemetery to pray for the deceased. When they returned, he wanted to treat them all to some boiled chestnuts. Since he and his mother, Mama Margarita, had bought three bags, he took the pot and began giving to the boys an overflowing ladle to each one. When one of his helpers saw that, he went to the kitchen and saw that Mama Margarita had only cooked part of one bag. Running back to Don Bosco, he told him that there wouldn’t be enough, since there were hundreds of boys. For a split second Don Bosco didn’t know what to do, and then, digging in for another scoop, said, “I promised the boys chestnuts and I have to keep my word!”

He continued passing out the chestnuts until each boy had his share. While doing so, there were boys nearby watching the never-ending supply of what looked liked just a bowlful of chestnuts. When he finished, there was still one portion leftover, a gift from Our Lady to Don Bosco.
There’s a bishop in Spain, Bishop Juan Antonio Reig, who likes to say, “He who has everything doesn’t measure his giving.” Do you have The Everything? Think about this phrase and try to apply it to your life.

Now it's your turn!